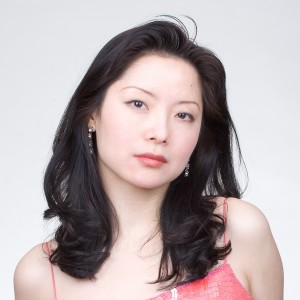 Astonishing in her musical versatility, violinist Qing Li brings great warmth, poise and insight to her music making. Ms. Li is the BSO’s Principal Second Violin, appointed by Yuri Temirkanov in 2000 upon winning the audition, and is frequently featured as a soloist. She will be one of the soloists for BSO’s 2018 October Classical 3 subscription week, under the direction of Maestro Nicholas McGegan. Other solo engagements have included the Butterfly Lovers Concerto at the Kimmel Center in Philadelphia, the Haydn violin concerto with the Richmond Symphony and the Bach Double Concerto with Hilary Hahn to name a few. Ms. Li is a Piatigorsky Foundation Artist, a much sought-after recitalist, chamber musician and guest concertmaster, performing in that capacity at the Iceland Symphony in Reykjavik. Throughout the great cities of America, South America, Europe and Asia, her broadcast appearances include television stations in US, Germany and China and a biography on Voice Of America. Notable reviews for Qing Li include the Baltimore Sun, ‘the highest level musically’. . . 'unsurpassed technical brilliance’ The German Hohenlohe News, ‘excelled with ethereal play’ and the Richmond Times, ‘her style was impeccable.’ She is also a member of the three-time Emmy Award winner, The All-Star Orchestra on PBS.

Born in Beijing China, Ms. Li began violin studies at age 4 with her father. At age 12, Qing Li was accepted to the Central Conservatory of Music in Beijing. There she was discovered at a master class by Berl Senofsky, Based on a prize-winning Sibelius Violin Concerto performance at the first Beijing International Violin Competition, Mr. Senofsky brought her to the renowned Peabody Conservatory of Music, where she was granted a full scholarship and won the Marbury violin competition. Ms. Li has also studied with Herbert Greenberg. After graduating from Peabody she studied with the legendary Joseph Gingold. Ms. Li won her first position in the Baltimore Symphony Orchestra, playing a $100 Chinese violin, which was a gift from her father before coming to America. She now performs on her 1736 Neopolitain instrument made by Nicolo Gagliano.