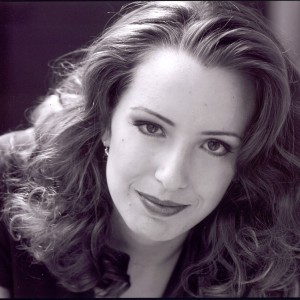 Katherine Calcamuggio is an award-winning mezzo-soprano whose talent distinguishes her as one of the most promising young vocalists on the opera scene today. In the past four seasons, Calcamuggio has been featured in important role and company debuts across the United States, eliciting kudos for her “soaring, rich voice” (The Miami Herald), her “polished musical and dramatic characterizations” (Kurt Weill Newsletter) and her “fine coloratura technique” (Philadelphia Inquirer).

During the 2011 and 2012 seasons, Ms. Calcamuggio debuted with Opera on the James as Gianetta in L’elisir d’amore, with the Freeport Symphony as the mezzo-soprano soloist in Beethoven’s Ninth Symphony, with the Marion Symphony as the mezzo-soprano soloist in Mozart’s Requiem, returned to Toledo for Handel’s Messiah, debuted with the Metropolitan Chorale for Beethoven’s Mass in C and Choral Fantasia, as well as performed with two-time Grammy winning eighth blackbird to revisit Corigliano’s Mr. Tambourine Man at the University of Missouri Kansas City.

Auspicious operatic and symphonic debuts from recent seasons include roles as Hansel in Humperdinck’s Hansel and Gretel; Siebel in Gounod’s Faust; Stephano in Roméo et Juliette (for which Calcamuggio was named “Artist of the Year” in 2009 with Syracuse Opera); Sesto in Handel’s Giulio Cesare and Un Musico in Manon Lescaut with Florida Grand Opera; the Young Nun in the world premiere of Stephen Hartke’s The Greater Good (available on the Naxos label) and Aglaonice in Philip Glass’ critically-acclaimed Orphée with Glimmerglass Opera.