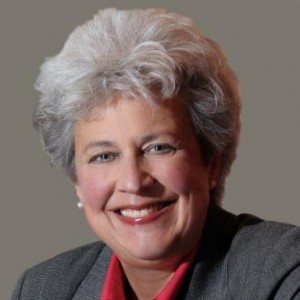 Pianist Lisa Bergman has collaborated in performances with many of today's most esteemed artists such as Julius Baker, Marni Nixon, Rolf Björling and Ransom Wilson. She made her highly successful joint recital debut in Carnegie Recital Hall. With more than 60 engagements per season, she has appeared in concerts, festivals and conventions throughout the U.S., Canada, Europe and Japan. As 1996 American Artistic Ambassadors, Bergman and violinist Ann Christensen were selected by the United States Information Agency to represent the U.S. on a seven-week tour of New Zealand, Nepal, Korea, Taiwan, Mongolia and China.

A passionate promoter of classical music, is a national Gracie Award-winning radio announcer on Classic KING-FM, appearing daily, streaming worldwide on the internet. Bergman is founder and Artistic Director of the Mostly Nordic Chamber Music Series presented at the Nordic Heritage Museum in Seattle as well as Executive Director of NOISE (Northwest Opera in Schools, Etcetera). She is the Adult Piano Retreat Director at the Icicle Creek Center for the Arts in Leavenworth, Washington where she served for seven years as the Executive Director. She was Artistic Director of the Methow Chamber Music Festival from 2003-2006.

Bergman has served as official studio accompanist for organizations such as the Metropolitan Regional Opera Auditions, the International Clarinet Society and for cellists Leonard Rose and Bernard Greenhouse. Much in demand as a lecturer and adjudicator, she frequently presents workshops on the art of accompanying for universities and teachers' organizations. Bergman was recently selected as a member of the Hall of Fame for the Washington State Music Teachers Association for “extraordinary service, outstanding musicianship, dedication and leadership which have significantly contributed to the development and growth of music education in the State of Washington.”

"...Bergman has the ideal accompanist's attributes: a strong musical personality combined with a sensitivity that adapts almost uncannily to her partner."
Melinda Bargreen, The Seattle Times

"What I liked especially was her sense of authority and command...she plays the piano as if she owned it." R. M. Campbell, The Seattle PI

"Lisa Bergman is not only a superb pianist, but a flawless accompanist." Julius Baker